Further support of those affected by flood disaster

As a sign of solidarity and to support the people affected by the flood disaster in Western Germany, Henkel is expanding its emergency aid package to 1 million euros. The company had previously announced a direct emergency aid program of 600,000 euros immediately after the flood disaster. Now, Henkel expands its measures to support people in affected regions with further donations in kind and financial aid totaling 400,000 euros.

”The dimensions of the destruction caused by the flood disaster and the many fates of those affected, including Henkel employees, are devastating. Therefore, we decided to further expand our emergency aid to one million euros. Continuous and unbureaucratic support for the aid workers, emergency personnel and victims of the flood disaster is essential to enable the reconstruction in affected regions,” says Carsten Knobel, Chairman of the Henkel Management Board.

The emergency aid program of Henkel worth 1 million euros includes the following measures:

In addition, Henkel is in close contact with the state government and the city of Düsseldorf to organize any further relief measures that may be necessary.

After Henkel announced its emergency aid package last week, employees have already been given paid time off to help in the crisis areas and financial support has been provided to affected employees. The first donations for people in affected regions have already been directed. Also the Henkel site fire department supported actively: the Kall fire department in the Euskirchen district was provided with a fire engine and professional clothing to ensure primary emergency care in the area. 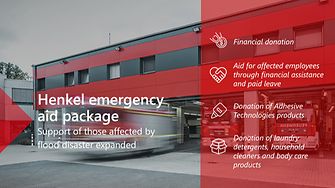 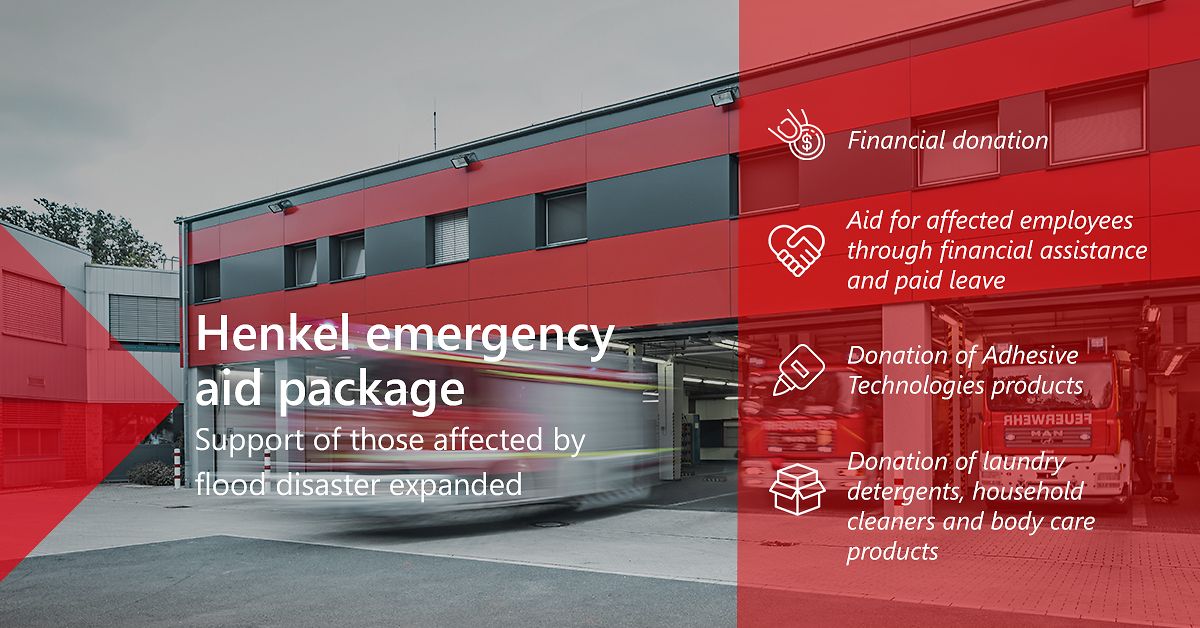