In the second quarter of 2019, Henkel was affected by an increasingly difficult market environment. Sales were nominally and organically almost on prior-year level. The adjusted EBIT margin, adjusted EBIT and adjusted earnings per preferred share ‏(EPS) were below the level of the prior year.

In the first half of 2019, Henkel achieved a slightly positive organic sales development, while margin decreased – in line with expectations following the announcement of increased growth investments at the beginning of the year.

“The development in the second quarter was mainly characterized by a significant decline in demand in key industries such as the automotive industry. This particularly affected our industrial business. Nevertheless, our Adhesive Technologies business delivered a robust performance, achieving sales almost on prior-year level and an excellent EBIT-margin,” said Henkel CEO Hans Van Bylen.

“The development of the Beauty Care Retail business was significantly below our expectations. On the one hand, this was due to not satisfying developments in mature markets such as North America and Western Europe. In China, the Retail business was impacted by ongoing stock adjustments. In addition, marketing and sales expenses were higher overall,” commented Hans Van Bylen. “The Professional business, however, continued its strong performance.”

“In the Laundry & Home Care business we achieved good organic sales growth. Despite the announced investments, adjusted EBIT margin remained at a high level. The newly launched innovations also contributed to the overall good development in this business unit."

Investments in growth and digitalization

“Despite the difficult economic outlook, we will continue to implement our strategic priorities and execute our planned growth investments as announced. We focus on strengthening our businesses and will further increase our competitiveness to deliver sustainable profitable growth,” Hans Van Bylen continued.

“At the same time, we considered the changing economic environment in our full year guidance 2019.”

Henkel does not anticipate industrial demand to increase in the second half of the year – in contrast to previous expectations. In addition, it is expected that the Beauty Care business unit will develop below our initial expectations in the course of the year. Against this background, Henkel has updated the guidance for the fiscal year.

Henkel continues to expect adjusted return on sales on Group level in the range of 16 to 17 percent.

Sales and earnings performance in the second quarter 2019

At 5,121 million euros, sales in the second quarter 2019 were almost on prior-year level. Organic sales, which exclude the impact of currency effects and acquisitions/divestments, showed a slightly negative development of -0.4 percent. The contribution from acquisitions and divestments amounted to 0.5 percent. Currency effects had a negative impact of -0.5 percent on sales.

The Adhesive Technologies business unit reported a slightly negative organic development in sales of -1.2 percent. In the Beauty Care business unit, sales were organically -2.4 percent below the level of the prior-year quarter. The Laundry & Home Care business unit achieved a good organic sales growth of 2.0 percent.

At 6.7 percent, net working capital as a percentage of sales was slightly above the level of the second quarter 2018 (6.3 percent).

In the Beauty Care business unit, sales showed an organic development of -2.4 percent. Nominally, sales were -3.2 percent below prior-year level, reaching 1,002 million euros. Adjusted operating profit reached 122 million euros and was -34.9 percent below the level of the second quarter 2018. Adjusted return on sales showed a negative development and reached 12.2 percent. The development of the Beauty Care Retail business was impacted by the weak performance in mature markets. In addition, the Retail business in China was affected by ongoing stock adjustments. Furthermore, expenses increased due to higher investments in marketing and sales and higher material prices. In contrast, the Professional business continued its successful performance and once more achieved strong organic growth.

The Laundry & Home Care business unit generated good organic sales growth of 2.0 percent in the second quarter. Nominally, sales increased by 1.3 percent to 1,666 million euros, after 1,644 million euros in the prior-year quarter. At 279 million euros, adjusted operating profit was -5.3 percent below the prior-year quarter. At 16.8 percent, adjusted return on sales was – as expected – below the level of the second quarter 2018. This development was mainly driven by higher investments in marketing and sales and launch of innovations as announced at the beginning of the year. The development in the business area Home Care was particularly good, achieving a very strong organic growth rate. Also, the new Persil four-chamber discs were successfully launched in several markets.

Business performance in the first half of 2019

In the first half of 2019, Henkel generated sales of 10.1 billion euros, an increase of 1.1 percent. Organic sales growth, which excludes the impact of currency effects and acquisitions/divestments, was at 0.1 percent. Foreign exchange effects contributed 0.4 percent to sales.

In the first half of 2019, the Adhesive Technologies business unit showed a slightly negative organic sales development of -1.0 percent. Adjusted return on sales was at 18.1 percent (previous year: 18.5 percent).

“We pursue a long-term strategy with clear priorities and ambitious goals,” said Hans Van Bylen. “Our investments in brands, technologies, innovations and digitalization underpin our commitment to sustainable profitable growth.”

This information contains forward-looking statements which are based on current estimates and assumptions made by the corporate management of Henkel AG & Co. KGaA. Statements with respect to the future are characterized by the use of words such as “expect”, “intend”, “plan”, “anticipate”, “believe”, “estimate”, and similar terms. Such statements are not to be understood as in any way guaranteeing that those expectations will turn out to be accurate. Future performance and results actually achieved by Henkel AG & Co. KGaA and its affiliated companies depend on a number of risks and uncertainties and may therefore differ materially from the forward-looking statements. Many of these factors are outside Henkel’s control and cannot be accurately estimated in advance, such as the future economic environment and the actions of competitors and others involved in the marketplace. Henkel neither plans nor undertakes to update any forward-looking statements.

This document includes – in the applicable financial reporting framework not clearly defined – supplemental financial measures that are or may be alternative performance measures ‏(non-GAAP-measures). These supplemental financial measures should not be viewed in isolation or as alternatives to measures of Henkel’s net assets and financial positions or results of operations as presented in accordance with the applicable financial reporting framework in its Consolidated Financial Statements. Other companies that report or describe similarly titled alternative performance measures may calculate them differently.

This document has been issued for information purposes only and is not intended to constitute an investment advice or an offer to sell, or a solicitation of an offer to buy, any securities. 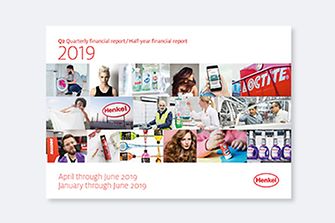 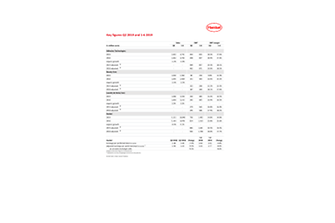 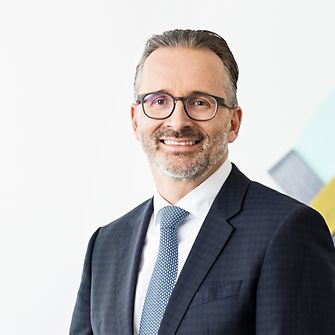 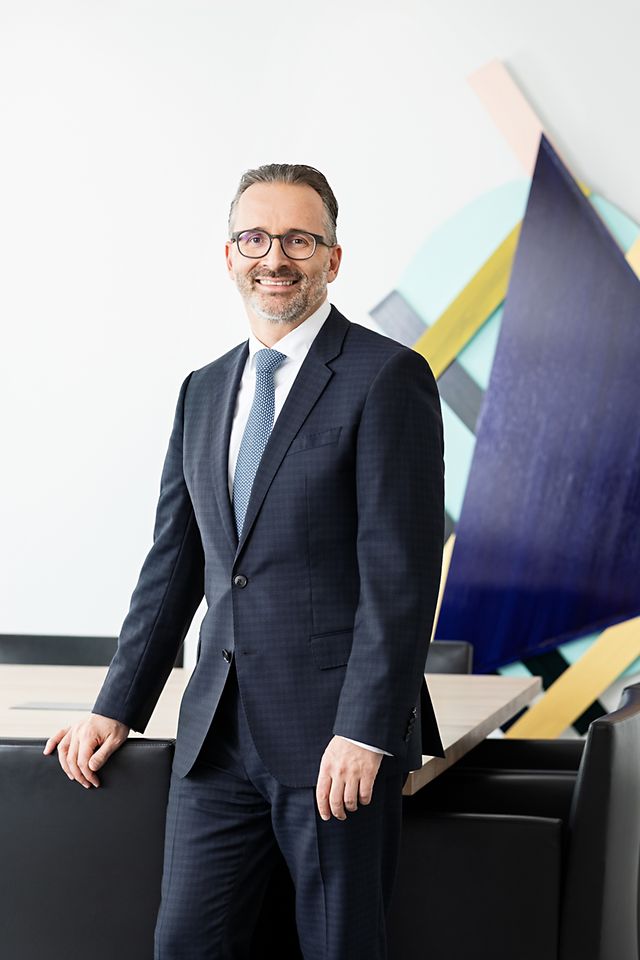 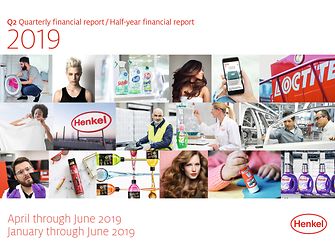 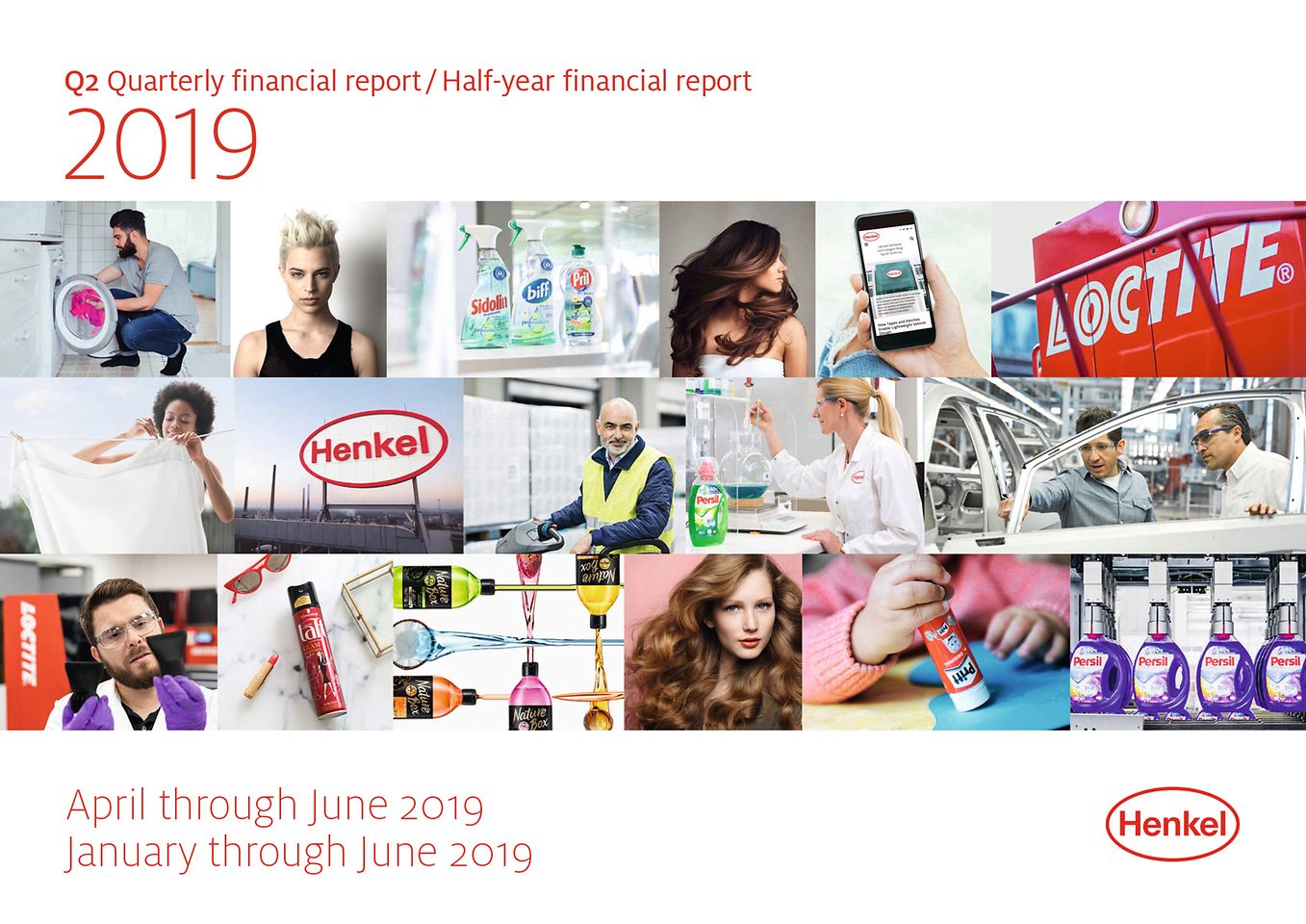 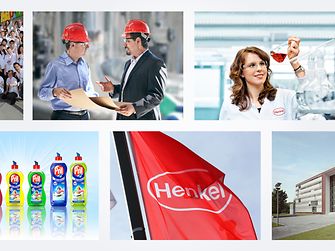 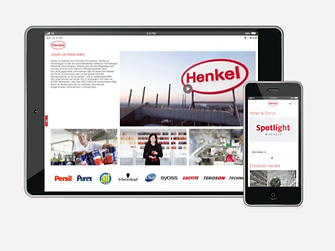