Public Voting kicks off for the Schwarzkopf Million Chances Award

The public voting for the Schwarzkopf Million Chances Award begins: From September 10 until October 7, 2018 the public can vote for nonprofit initiatives and projects whose main objective is the creation of a better future for girls and women. The winning project of the public voting receives one out of four Schwarzkopf Million Chances Awards which are each endowed with a 10.000 Euro prize money. The other three awards are presented by a top-class jury.

From September 10 until October 7, 2018 visitors of the Schwarzkopf website can easily vote for their favorite project. For the first time, the Schwarzkopf Million Chances Award honors initiatives and aid projects which support girls and women in the sectors of health, education, economic emancipation or rights and integration. From June until September 2018, initiatives from Germany, Austria and Switzerland which dedicate their work locally or worldwide to helping girls and women had the possibility to apply for the award.

All four winning projects receive a monetary prize of 10.000 Euros. The prize money is facilitated by the support of the Fritz Henkel foundation, in which the social engagement of Henkel is bundled.

The public voting is now open online at www.schwarzkopf.de/de/highlights/award.html. Every participant of the public voting can only vote for one project. It is not possible to vote for multiple projects. In case of a change of opinion, the user can use his already submitted vote for a different project. A jury of experts decides on further winners in three other award categories.

The Schwarzkopf Million Chances initiative independently or in cooperation with independent organizations supports projects worldwide since 2016: The aim is to support girls and women in facing their challenges and to convey self-confidence and perspective for their lives. 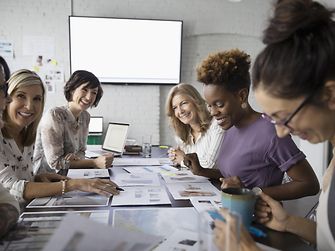