One hundred and forty years ago, on September 26, 1876, Fritz Henkel founded the company Henkel & Cie with two business partners in Aachen. Having become its sole owner, he moved the firm’s headquarters to Düsseldorf just two years later. Today, Henkel is an international corporation with around 50,000 employees, sales of over 18 billion euros and global brands like Persil, Schwarzkopf and Loctite.

Building on the success of a family-owned business

“Fritz Henkel was a true pioneer in every way – and it’s important to us to keep his entrepreneurial spirit alive,” says Dr. Simone Bagel-Trah, Chairwoman of Henkel’s Supervisory Board and Shareholders’ Committee, and great-great-granddaughter of the company founder. “The Henkel name has stood for well-known, successful brands throughout the world for decades. We can all be very proud of this. The 140 years of successful business are mainly down to our employees, who contributed to Henkel’s success generation after generation.”

“Henkel has developed outstandingly well, and we are very well-positioned with our strong brands and innovative technologies,” adds Hans Van Bylen, Chairman of Henkel’s Management Board. “We enjoy globally leading market positions in all the areas in which we operate. That’s why we are confident that the company’s successful development will continue in the future, too.”

The 28-year-old salesman Fritz Henkel started by marketing a universal detergent that he developed himself. In 1878, he landed a huge success with the branded item “Henkel’s Bleich-Soda” ‏(bleaching soda) and exported products abroad for the very first time. He also showed flair in his choice of the ideal location for the expanding company: In 1899, Fritz Henkel purchased a large parcel of land with good transport connections in Holthausen, still a Düsseldorf suburb at the time. The company’s headquarters have been located there ever since, as well as its largest production site worldwide.

In 1907, he and his two sons brought the world’s first self-acting detergent, Persil, on the market. This led to the breakthrough: Fritz Henkel didn’t just revolutionize the previously laborious chore of doing laundry, but also laid the foundations for modern brand management with his imaginative ad campaigns.

Henkel’s adhesives business originated in the 1920s. In 1922, the company started producing adhesives for its own needs, and began offering them in retail one year later – today, Henkel’s Adhesive Technologies business unit is the leading solution provider for adhesives, sealants and functional coatings worldwide.

The cosmetics business also has a longstanding tradition at Henkel. The groundwork for the successful development of today’s Beauty Care business unit was laid by two acquisitions. In 1924, the company bought into the Krefeld-based soap company Dreiring-Werke. Henkel then acquired the majority stake in 1950, before finally purchasing all of the shares in 1953. In 1950, Henkel also took over Therachemie in Düsseldorf, launching Polycolor hair coloring and bleaching creams on the German market the following year.

Under Dr. Konrad Henkel, grandson of the company founder and Chairman of the Management Board from 1961 to 1980, the company became more systematically international: While building a market leadership in Europe, the broader internationalization of the business was also driven forward to include Japan, Latin America and the USA. Today, Henkel has production sites in about 170 locations around the world, and more than 85 percent of its sales are generated outside of Germany – 43 percent come from the so-called growth markets. The company’s internationality is also reflected in its workforce: Henkel’s employees come from 125 different countries.

To drive its growth and internationalization, Henkel launched its initial public offering on October 11, 1985. The success story of the Henkel stock reflects the company’s development: Sales have increased from the equivalent of 4.7 billion euros in 1985 to 18.1 billion euros in the past fiscal year 2015. Issuing shares also gave the company more leeway to grow.

The largest acquisition in the company’s history to date happened in 2008 with the purchase of National Starch’s adhesives and electronics businesses. This has significantly strengthened the Adhesive Technologies business unit, which is the global market leader for adhesives, sealants and functional coatings. Other important acquisitions in the company’s three business units have also shaped Henkel’s development over the last few decades, including Schwarzkopf ‏(1995), Loctite ‏(1997) and Dial ‏(2004). With its three strongest brands, Persil, Schwarzkopf and Loctite, Henkel achieved total sales of about 6 billion euros in 2015. In September 2016, CEO Hans Van Bylen announced the purchase of the US-based detergent group, The Sun Products Corporation – this makes Henkel the second-largest player on the North American detergent market.

Leading role in the field of sustainability

The balance between economic success and social and environmental responsibility was already important to company founder Fritz Henkel and his descendants. Early on in its history, Henkel developed new, more sustainable production processes and products such as phosphate-free laundry detergents. It was also one of the first companies in Germany to publish an environmental report in 1992. Its 25th sustainability report was released at the start of this year. In 2015, the company reached the first interim goals of its ambitious sustainability strategy for 2030, with which Henkel wants to create more value for customers, consumers, society and the company itself while simultaneously reducing its environmental footprint. 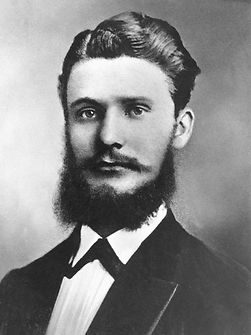 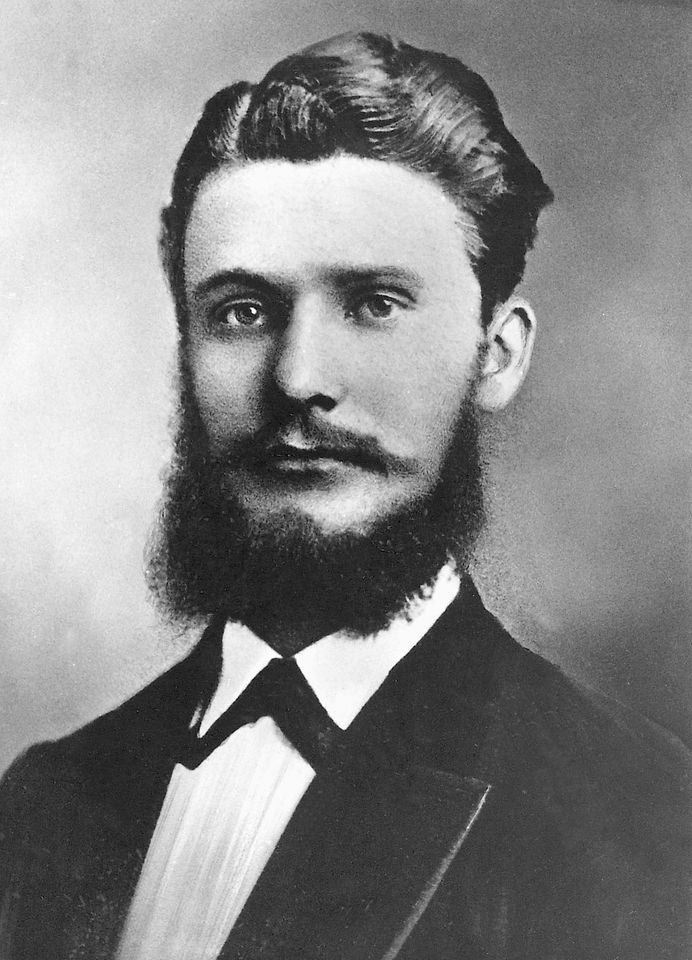 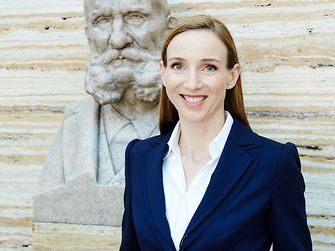 Dr. Simone Bagel-Trah, Chairwoman of Henkel’s Supervisory Board and Shareholders’ Committee, and great-great-granddaughter of the company founder

Dr. Simone Bagel-Trah, Chairwoman of Henkel’s Supervisory Board and Shareholders’ Committee, and great-great-granddaughter of the company founder 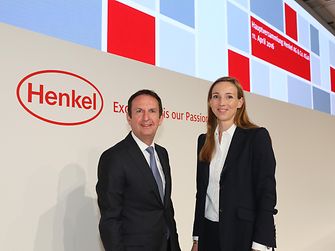 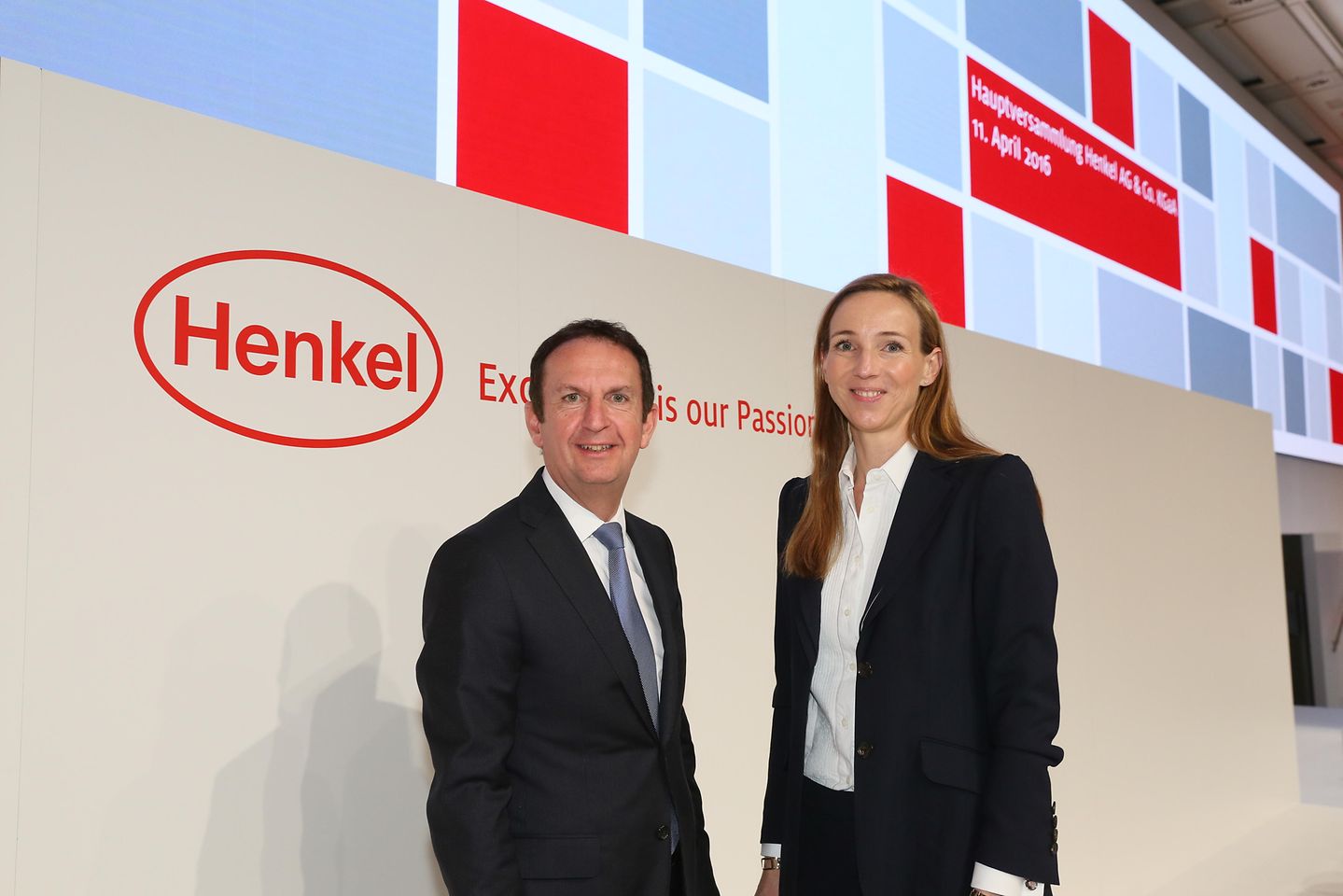 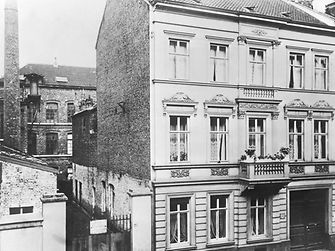 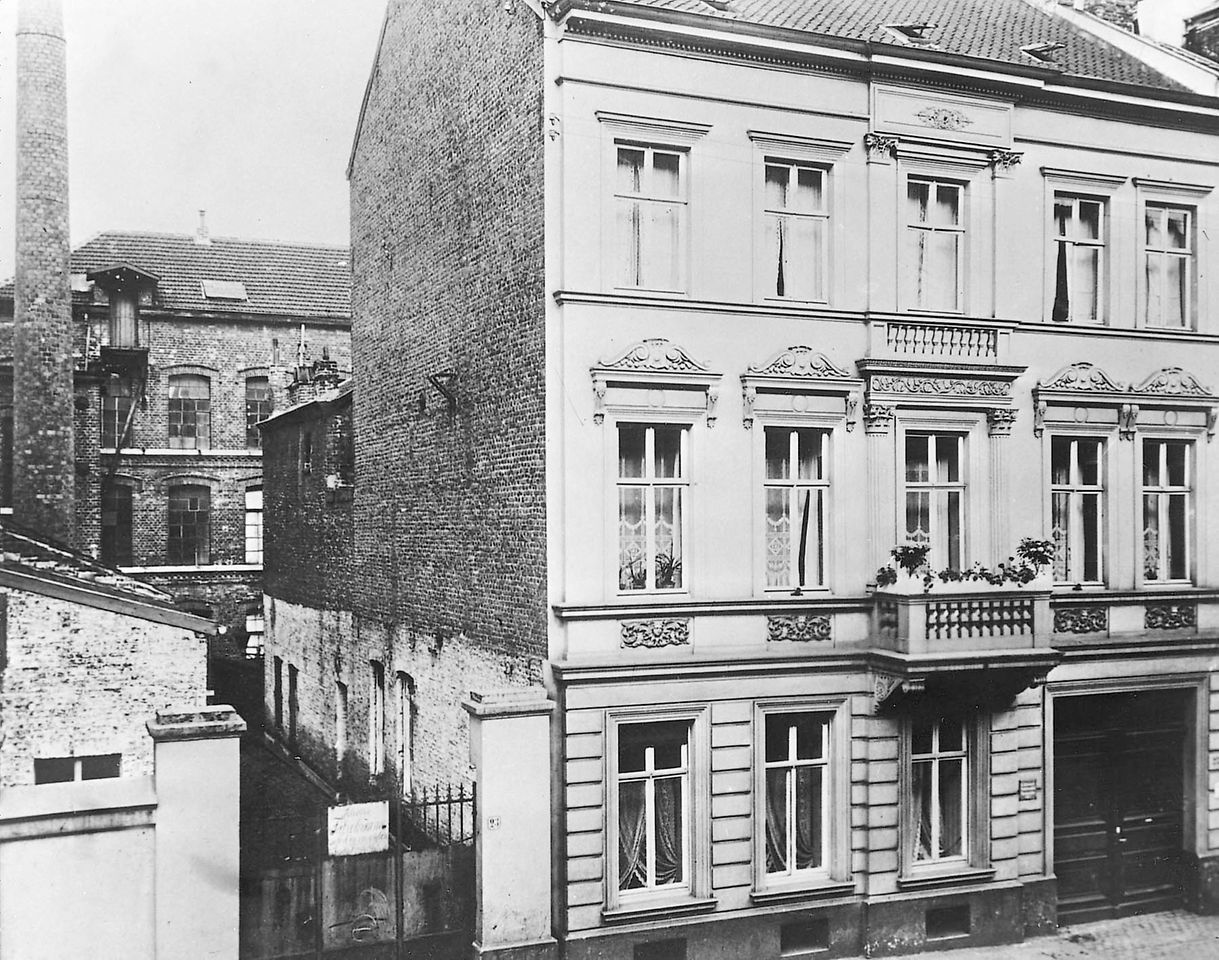 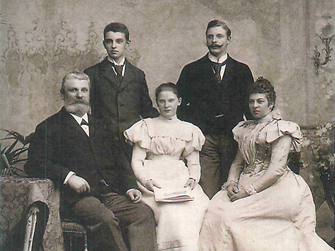 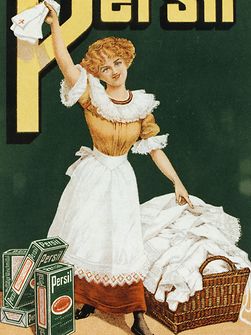 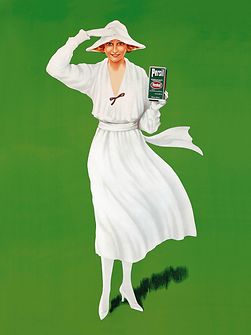 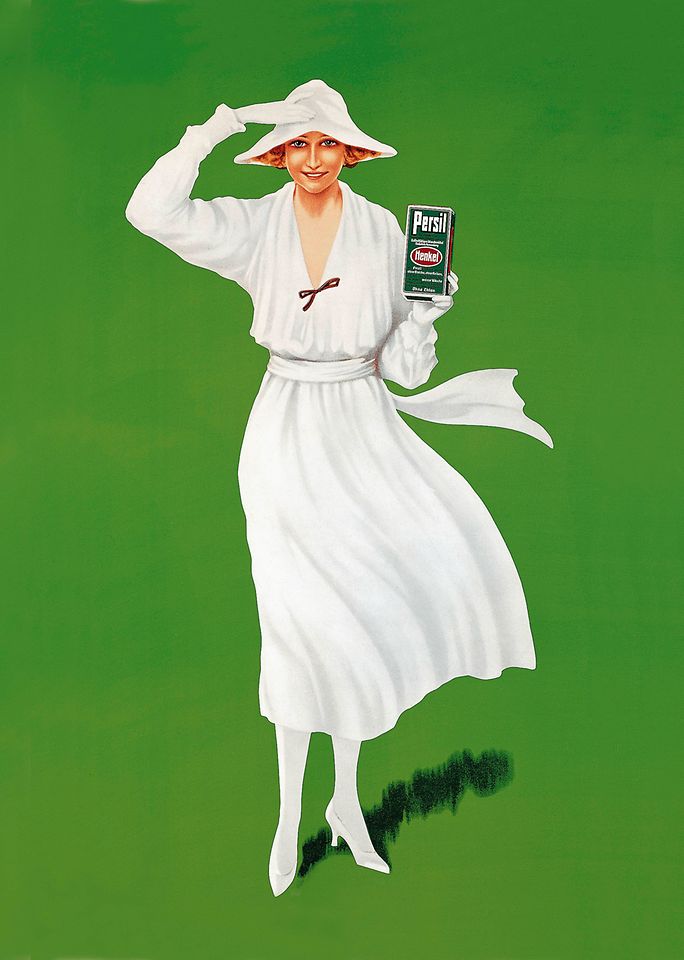 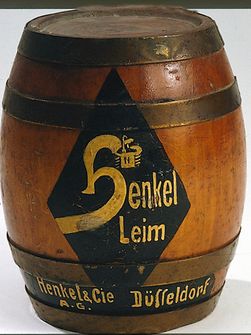 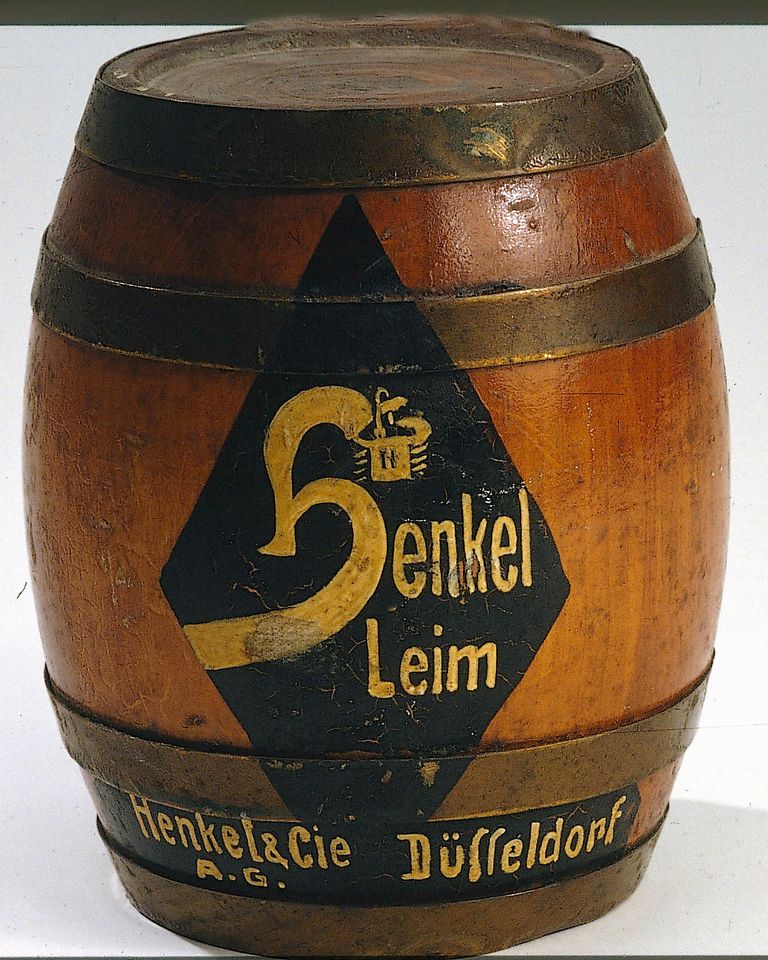 1922: Henkel began to produce adhesives – here an adhesives barrel from 1925.

1922: Henkel began to produce adhesives – here an adhesives barrel from 1925. 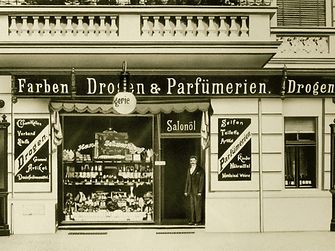 1898: Hans Schwarzkopf took over a drugstore in Berlin and sold “dyes, drugs and perfume”.

1898: Hans Schwarzkopf took over a drugstore in Berlin and sold “dyes, drugs and perfume”. 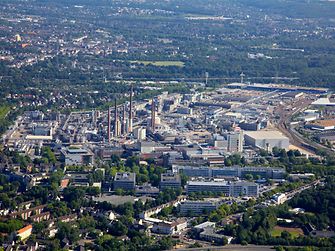 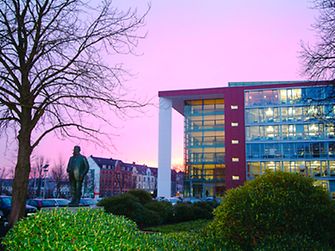 In memory of the founder: Fritz Henkel square at Henkel’s headquarters in Duesseldorf

In memory of the founder: Fritz Henkel square at Henkel’s headquarters in Duesseldorf 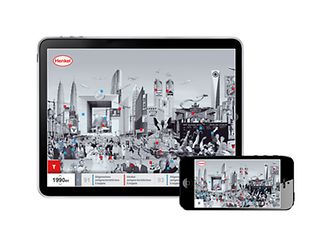