Henkel goes with the trend for alternative engines

The first championship for formula cars with electric engines is setting new standards in motor sport and making a big impact in bringing the issue of sustainability to a wide audience. As the leading solution provider for adhesives, sealants and functional coatings worldwide, Henkel is supporting the China Racing team and its drivers Nelson Piquet Jr. and Charles Pic. Henkel provides the perfect range of products for fast maintenance and repair at the race track.

Many automotive manufacturers are working intensively on vehicles whose engines are based on alternative energy, as they offer potential for sustainable, climate-friendly and environmentally-compatible mobility – with no CO2 emissions and reduced dependence on crude oil-based fuels. Henkel is playing an active role in this development by offering innovative, tailored solutions for the wide range of challenges that electromobility presents for vehicle manufacturers and suppliers.

The International Automobile Federation (FIA)’s Formula E championship has been conducted on urban racetracks, including in Beijing, London and Los Angeles, since 13th September 2014. It is more than just a platform for the latest developments in the field of electromobility – it also attracts a wide audience of racing enthusiasts from around the world. Formula E demonstrates the automotive industry’s efforts to balance performance with sustainability. Stricter regulations such as emissions standards play a big part in this, but growing awareness of the finiteness of resources also has a central role. “Electromobility is a central mega trend and driver of innovation in the automotive industry,” stresses Kourosh Bahrami, Global Head of Marketing and Sales in the Transport & Metal business at Henkel. “We work together closely with our customers throughout the entire value chain, so that we anticipate their needs and offer them integrated solutions with our product and technology portfolio. As an event, Formula E embodies exactly what makes us the partner of choice for our customers: global presence and forward-looking technologies.”

Henkel has supported the trend for vehicles for with alternative engines from the very beginning and developed tailored solutions. The range for the installation of components includes specially adapted adhesives and housing seals with wet or dry installed products for various processes. Typical components for which Henkel products are used include plugs, sensors, controls, accumulators and electric engines. Reducing the size of electric and electronic components in the vehicle helps to save on volume and weight. However, the increased power density leads to higher temperatures that need to be discharged. To do this, Henkel offers a series of specialised casting compounds that provide both higher thermal conductivity and electrically insulating properties. When it comes to the battery, Henkel offers pre-coatings that increase the conductivity and lifespan of the cell. These products can also be used to shield plastic housings against electromagnetic influences. Use in fuel cells presents particular demands for adhesives and sealants, such as low permeability to hydrogen and oxygen molecules. Henkel offers a wide range of specialized products here, for use in various different process environments.

The racing teams have put together an exclusive field of drivers, who have started in many Formula 1 races. As well as Nelson Piquet Jr. for the China Racing team, the line-up for the first Formula E season includes Nick Heidfeld ‏(Venturi Grand Prix), Jarno Trulli ‏(TrulliGP), Nicolas Prost ‏(e.dams – Renault) and Bruno Senna ‏(Mahindra Racing). All the races are held on urban courses in large cities. The China Racing team has already succeeded in gaining valuable points this season. Following a third place finish in Argentina, team pilot Piquet Jr. won the most recent race in Long Beach, USA.

The last races of the season will be held in Europe in May and June: 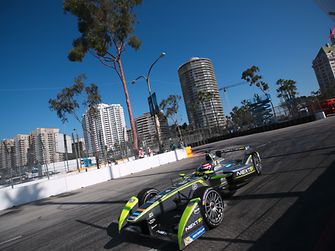 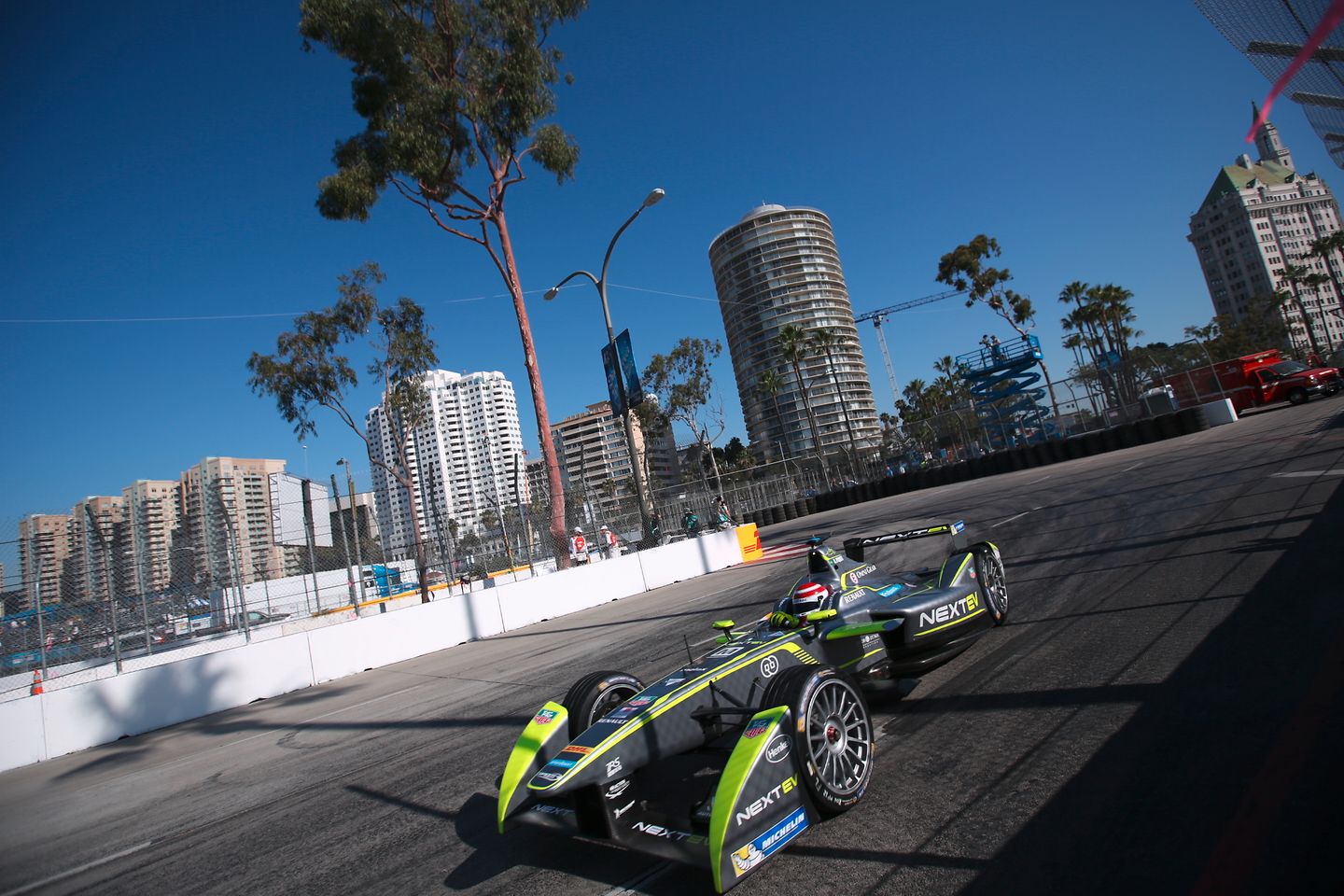 The first championship for formula cars with electric engines is setting new standards in motor sport and making a big impact in bringing the issue of sustainability to a wide audience.

The first championship for formula cars with electric engines is setting new standards in motor sport and making a big impact in bringing the issue of sustainability to a wide audience. 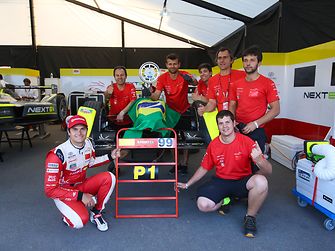 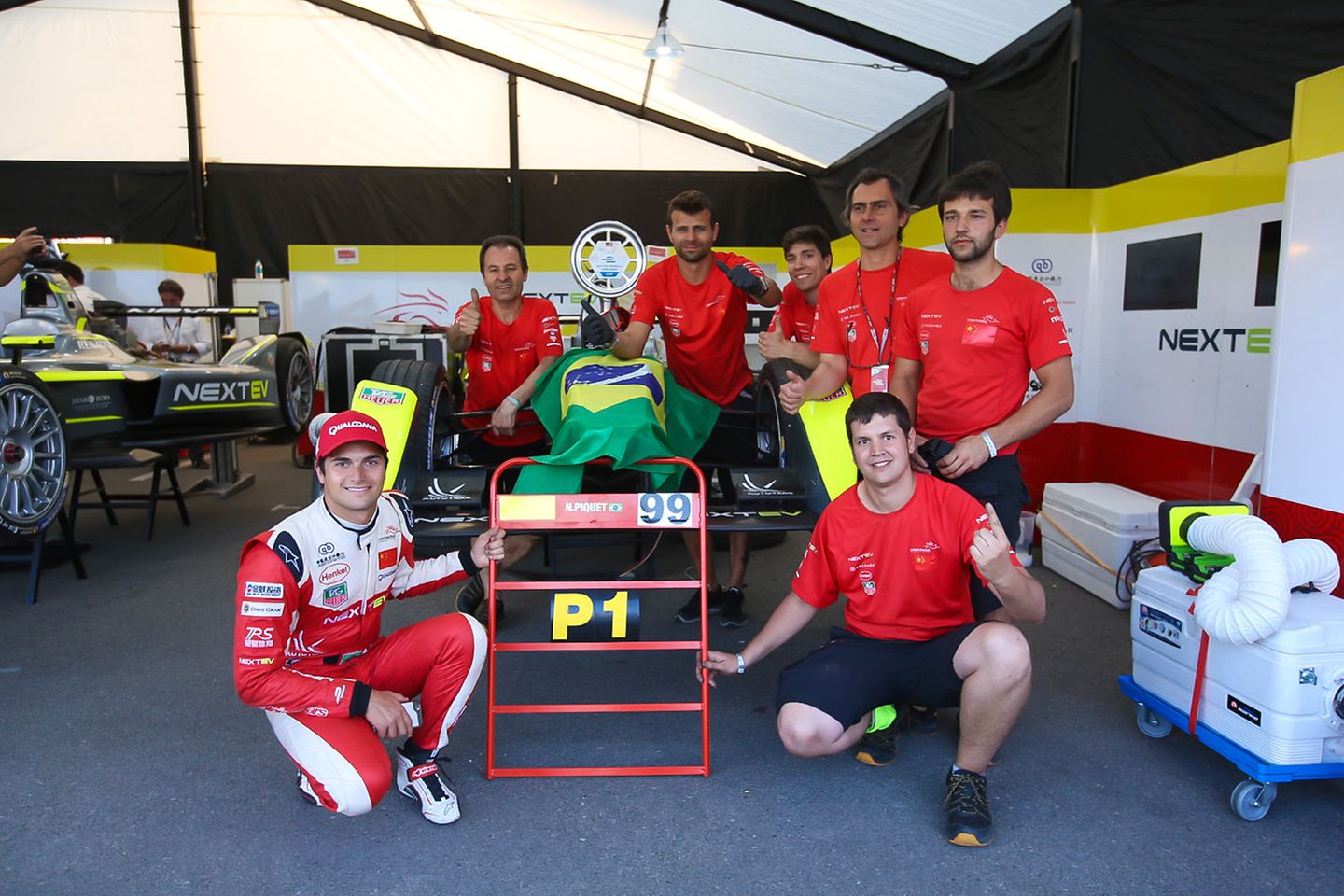 Henkel and the China Racing team: Henkel provides the perfect range of products for fast maintenance and repair at the race track.

Henkel and the China Racing team: Henkel provides the perfect range of products for fast maintenance and repair at the race track.