Investing in the future

For a number of years, the General Industry business ‏(AG) of Henkel has been supporting college and university students who compete in the annual international design contest, Formula Student. This cooperation with up-and-coming talents offers benefits for both sides.

The young engineers and designers gain an insight into modern adhesive and sealant solutions, which are not often addressed in detail at universities. Later on, when they occupy key positions in the private sector as a result of the knowledge they have gained, adhesives and sealants generally provide a valuable alternative in their work, adding to conventional joining technologies like welding, soldering and bolting.

“Anyone who has been given a solution in an extremely tense situation is certain to remember later in his professional life that adhesives and sealants offer special design and fastening options,” says Patricia Silva, AG Marketing Manager Germany. “Experience has shown this to be true.”

Among students, the Formula Student contest is seen as a kind of Olympics for engineering studies. The task of each team that competes in the contest is to design the prototype of a totally novel racing car, to market it, to develop a sound financing concept, and to test it in a race against the competition on the Hockenheimring.

AG and AT ‏(Transport and Metal) provide support to the young engineers and scientists in many different ways. They supply the teams with products, give lectures at the colleges and universities, and advise the designers. During the finals at the Hockenheimring, Henkel mechanics provide practical support and advice to all participating teams. Each crew is also given a first aid kit packed full of high-quality Loctite brand repair products.

Five years ago, Henkel also established the “Best Use of Adhesives Award,” a special prize for the best adhesives application. Since then, this trophy has also been awarded every year as part of the final event at the Hockenheimring, and is highly coveted.

This year, the finals at the Hockenheimring will take place from 29 July to 3 August. A total of 75 teams from 18 countries have already signed up, and another 13 teams are on the waiting list. In line with tradition, Henkel experts will be on the spot to provide all participants with prompt help with necessary repairs, offering their expertise, services, and all kinds of technical support. 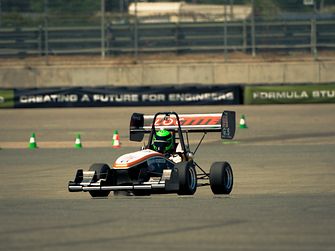 One of the Loctite sponsored racing cars on the track.

One of the Loctite sponsored racing cars on the track. 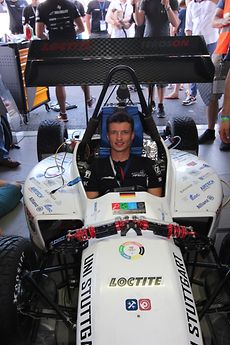 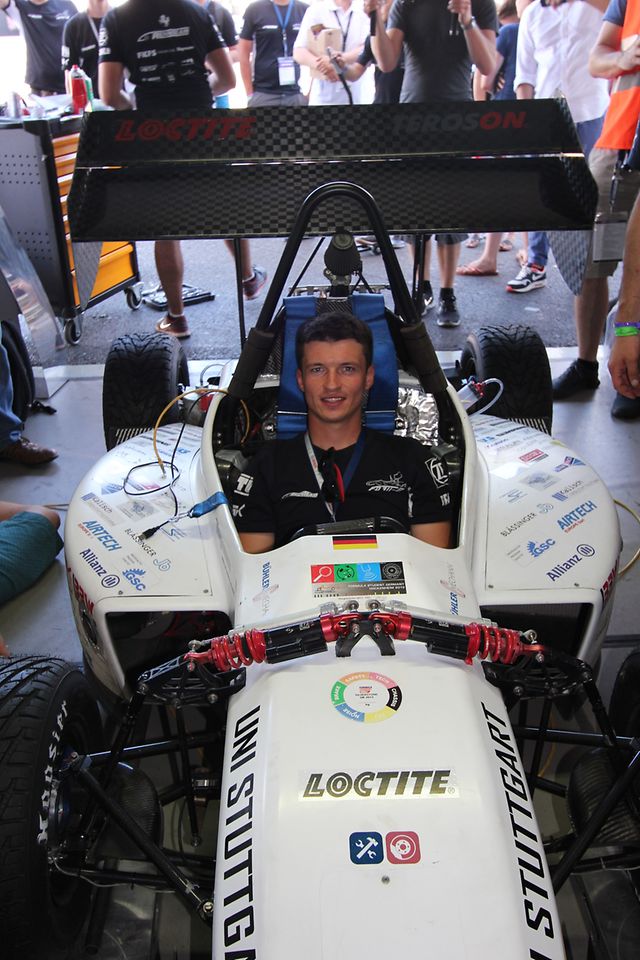 The racing car from the University of Stuttgart was also sponsored by Henkel.

The racing car from the University of Stuttgart was also sponsored by Henkel. 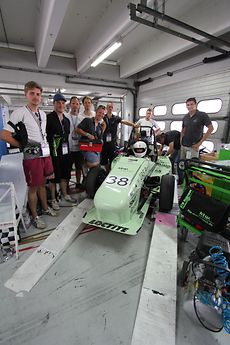 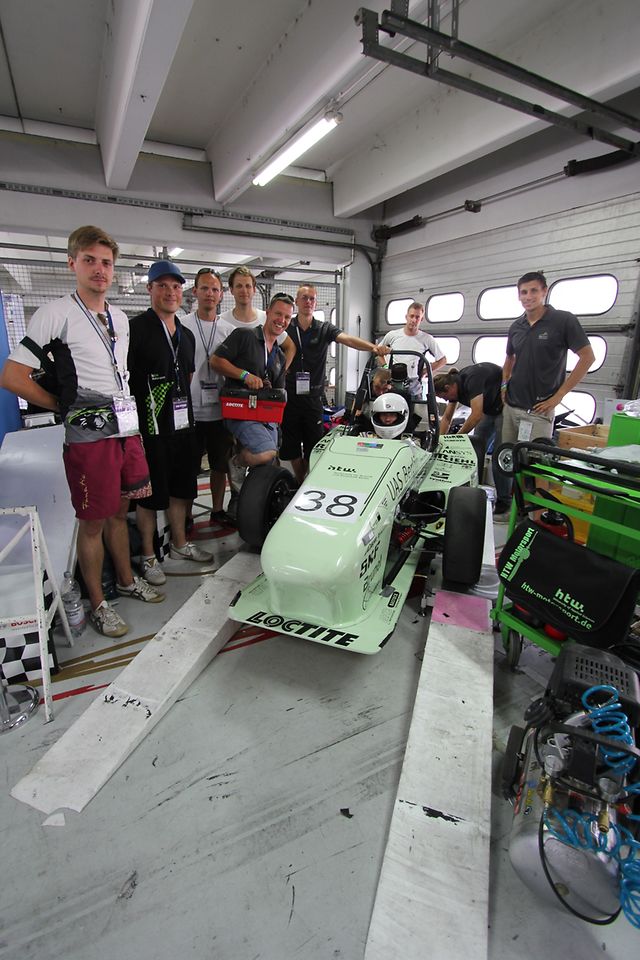 Constructors trust Loctite on the track and in the body shop.

Constructors trust Loctite on the track and in the body shop. 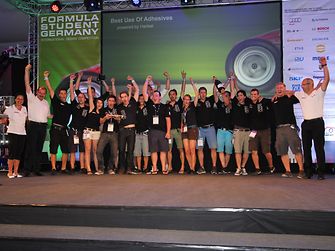 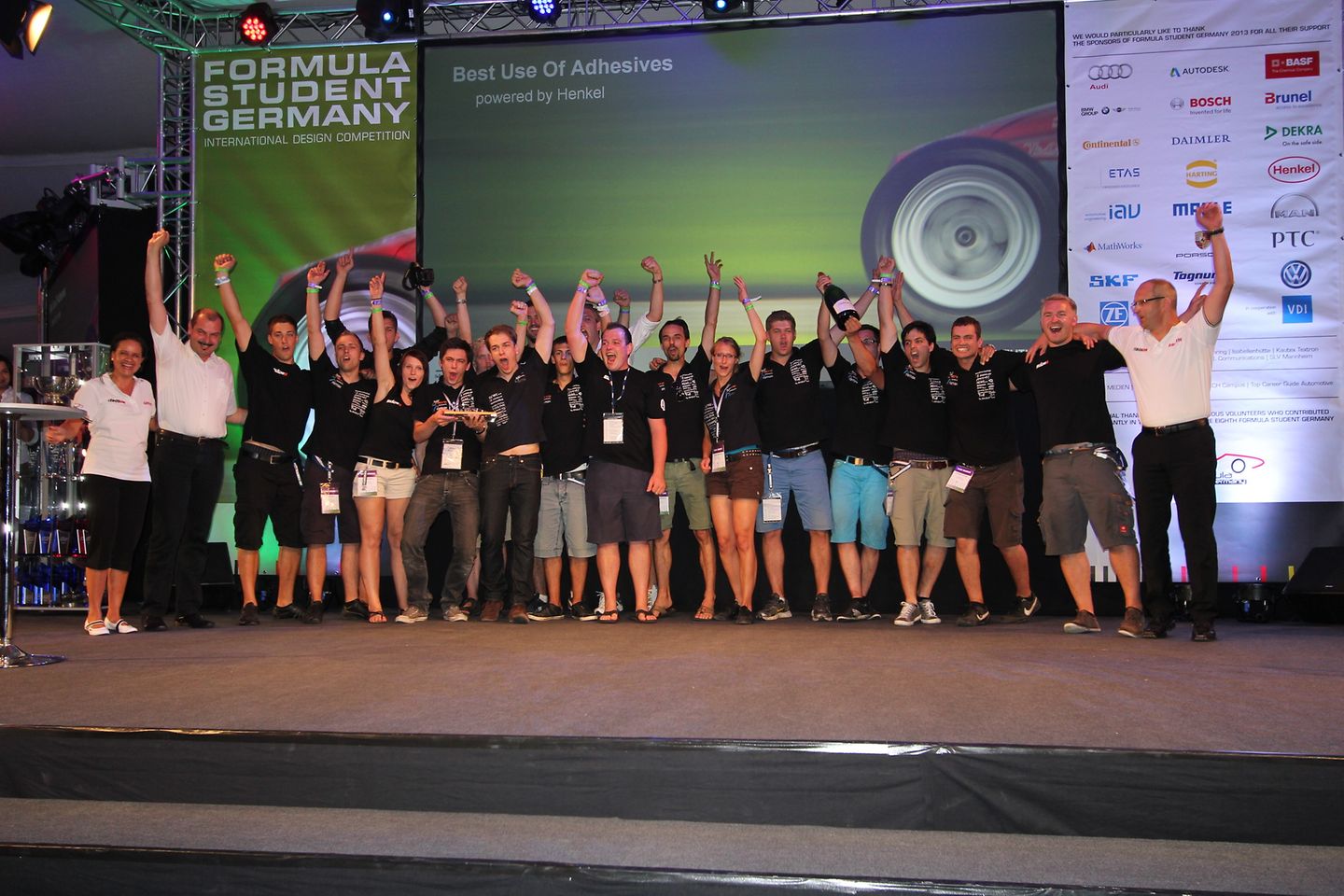 The winners of the Henkel Award for "Best Use of Adhesives".

The winners of the Henkel Award for "Best Use of Adhesives".