Significant increase in earnings and profitability

“Despite an increasingly challenging market environment, Henkel continued its strong performance in the third quarter and was able to accelerate organic growth quarter by quarter in 2013. We significantly increased both earnings and profitability – with our EBIT margin exceeding 16 percent for the first time,” said Henkel CEO Kasper Rorsted. “We achieved solid organic sales growth with all our business sectors and regions contributing. The emerging markets once again showed a particularly dynamic development. However, foreign exchange effects negatively impacted reported sales.”

Looking at the remainder of the year, Rorsted stated: “The economic environment will remain difficult. Therefore we will continue to adapt our processes and structures in order to further improve our flexibility and efficiency in this volatile market environment.”

“As previously stated, we expect organic sales growth to be between 3 and 5 percent in the full fiscal year and adjusted earnings per preferred share ‏(EPS) to increase by about 10 percent. For our adjusted EBIT margin, we are raising our forecast from about 14.5 percent to about 15 percent,” Kasper Rorsted said.

Sales and earnings performance in the third quarter 2013

Henkel generated sales of 4,184 million euros in the third quarter of 2013. This was below the prior-year figure due to negative foreign exchange effects amounting to 6.7 percent. Nominally, sales decreased by 2.6 percent. Organic sales growth, which excludes the impact of foreign exchange and acquisitions/divestments, reached solid 4.2 percent, with all business sectors contributing.

Henkel’s financial result improved by 27 million euros to -25 million euros, due primarily to a stronger net financial position and an improved result from currency hedging activities. The tax rate was at 24.8 percent compared to 24.7 percent for the prior-year quarter.

At 12,503 million euros, sales in the first nine months of fiscal 2013 remained at the level of the prior-year period. Organic sales, which excludes the impact of foreign exchange and acquisitions/divestments, registered solid growth of 3.6 percent. Adjusted operating profit rose by 7.8 percent, from 1,791 million euros to 1,932 million euros, with all business sectors contributing. Adjusted return on sales (EBIT margin) increased from 14.3 to 15.5 percent.

Adjusted net income for the nine months after deducting non-controlling interests grew by 12.6 percent, from 1,203 million euros to 1,354 million euros. Adjusted earnings per preferred share (EPS) amounted to 3.13 euros, showing a significant increase of 12.6 percent compared to the 2.78 euros registered in the first nine months of 2012. Before application of IAS 19 revised, prior-year EPS was 2.83 euros. Compared to this figure, the increase in EPS was 10.6 percent.

The strong organic sales growth recorded in the Laundry & Home Care business was entirely driven by the emerging markets, which again achieved a double-digit increase. Despite continuing unrest, sales in the Africa/Middle East region rose double-digit. Eastern Europe posted strong sales growth, driven primarily by the continued very dynamic performance in Turkey. In Latin America sales also recorded a strong increase, with Mexico making a major contribution. In the mature markets, which were still declining and characterized by tough promotional and pricing competition, organic sales remained slightly below the level of the prior-year quarter. In Western Europe, growth was again impacted by the weakness of the Southern European markets, which compensated the solid performance in Germany. In North America, sales in a continuing declining market were slightly below the level of the prior-year quarter.

Once again, the emerging markets reported double-digit growth rates and were the main driver of Beauty Care’s solid organic sales performance. Asia (excluding Japan) and Latin America showed particularly strong momentum. With very strong growth, the regions of Africa/Middle East as well as Eastern Europe also contributed to this development. In the mature markets, which again were characterized by negative market development, a further increase in promotional activity and rising price pressures, organic sales were slightly below the level of the prior-year quarter. In North America, however, solid sales growth was achieved, despite declining markets. Sales in Western Europe remained stable in what continued to be a difficult market environment.

In the third quarter, Adhesive Technologies achieved a solid increase in organic sales and an excellent improvement in adjusted return on sales. Nominally, revenues grew to 2,095 million euros. Organic sales growth compared to the same quarter of the previous year was 4.2 percent.

Sales in the emerging markets showed strong organic development in the Adhesive Technologies business. Thanks in particular to the dynamic development in Brazil, the Latin America region once again achieved the strongest growth with double-digit percentage increase. The business also benefited from strong growth in Eastern Europe. Asia (excluding Japan) registered a solid increase in sales year-on-year. The Africa/Middle East region recorded positive business development. Despite the difficult market environment, the mature markets showed a solid organic sales performance with the highest growth coming from Western Europe. A solid increase in sales versus the prior-year quarter was once again achieved in North America.

Regional performance across the Group in the third quarter

In a highly competitive market environment, Henkel’s organic sales in the Western Europe region increased by 0.7 percent, offsetting the effects of the recession in Southern Europe. Total sales amounted to 1,415 million euros. In Eastern Europe, sales grew organically by 6.2 percent, with Russia and Turkey making a major contribution to this solid performance. Sales in the region totaled to 822 million euros. Business in Africa/Middle East continued to be affected by political and social unrest in some countries. However, the region again posted double-digit organic sales growth of 23.1 percent, with major contributions coming from both Laundry & Home Care and Beauty Care. Sales in the region totaled to 255 million euros.

Outlook for the Henkel Group in 2013

Henkel expects to generate organic sales growth of between 3 and 5 percent in fiscal 2013. The company is confident that each business sector will grow within this range. Henkel specifies its guidance for adjusted return on sales (EBIT) from about 14.5 percent to about 15 percent (2012: 14.1 percent) and assumes that all business sectors will contribute to the increase over the prior year. Henkel further expects an increase in adjusted earnings per preferred share of about 10 percent (2012: 3.70 euros).

* When applying IAS 19 revised to the prior-year quarter, growth amounts to 13.4 percent. 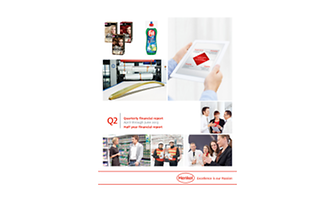 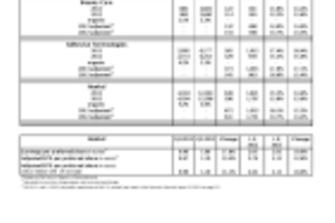 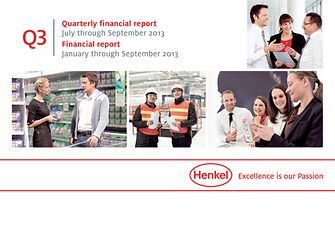 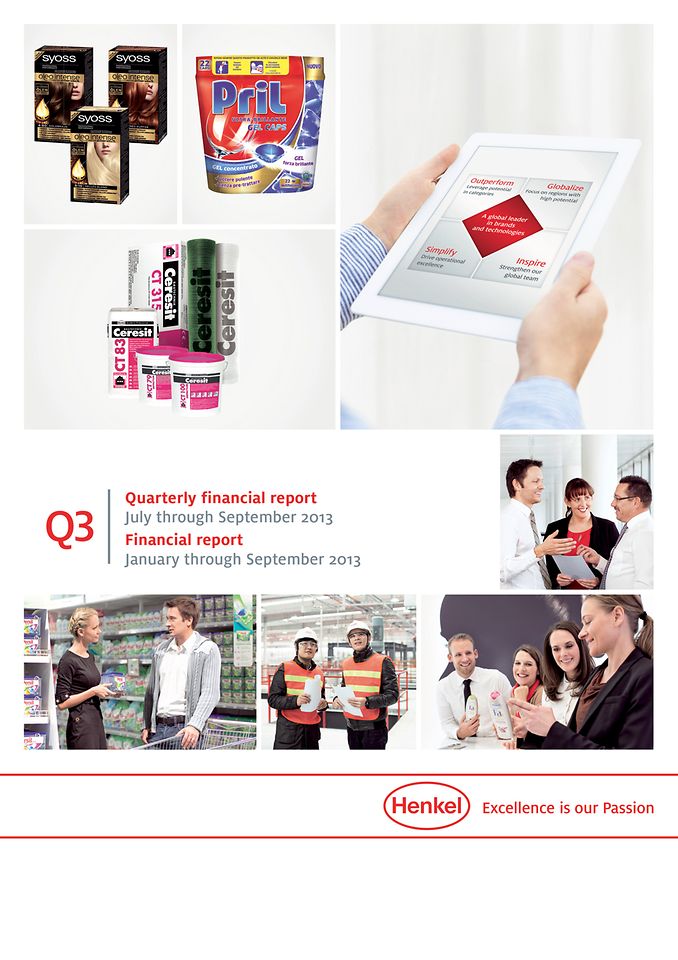 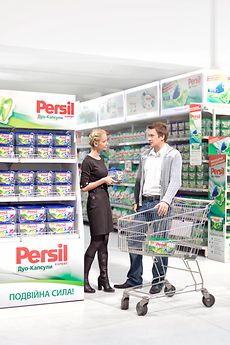 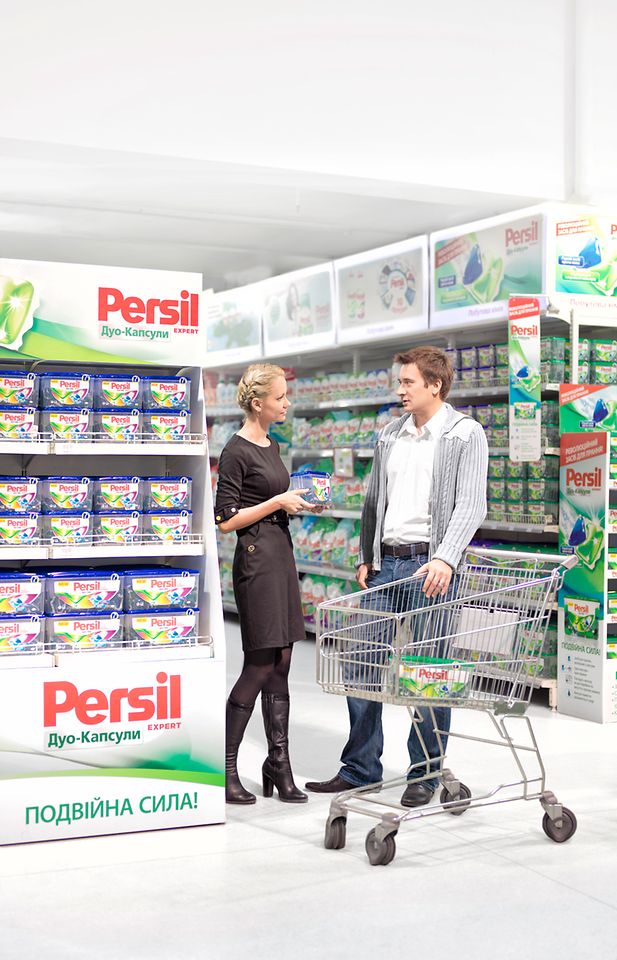 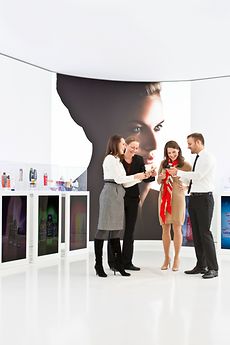 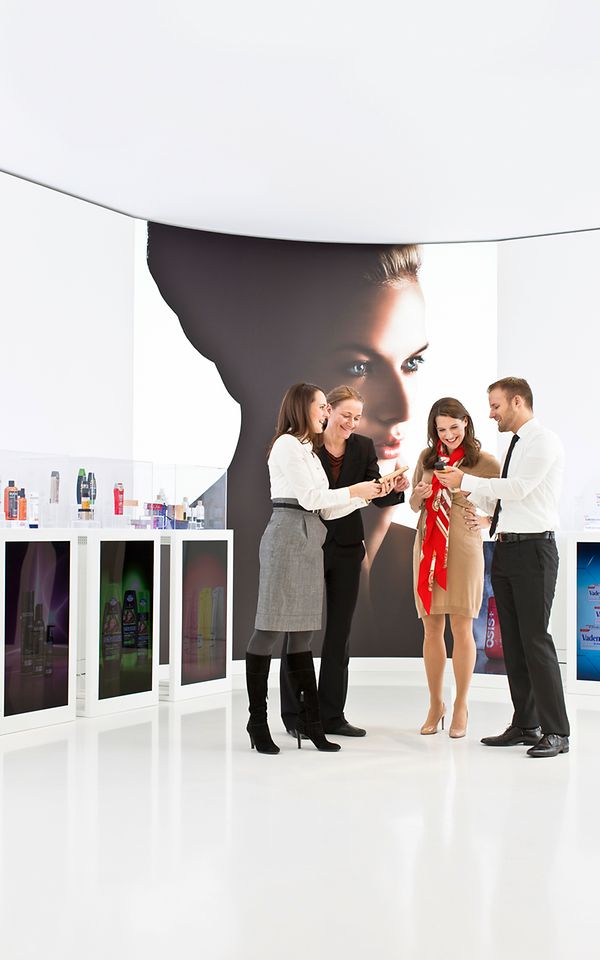 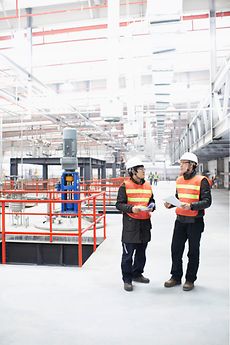 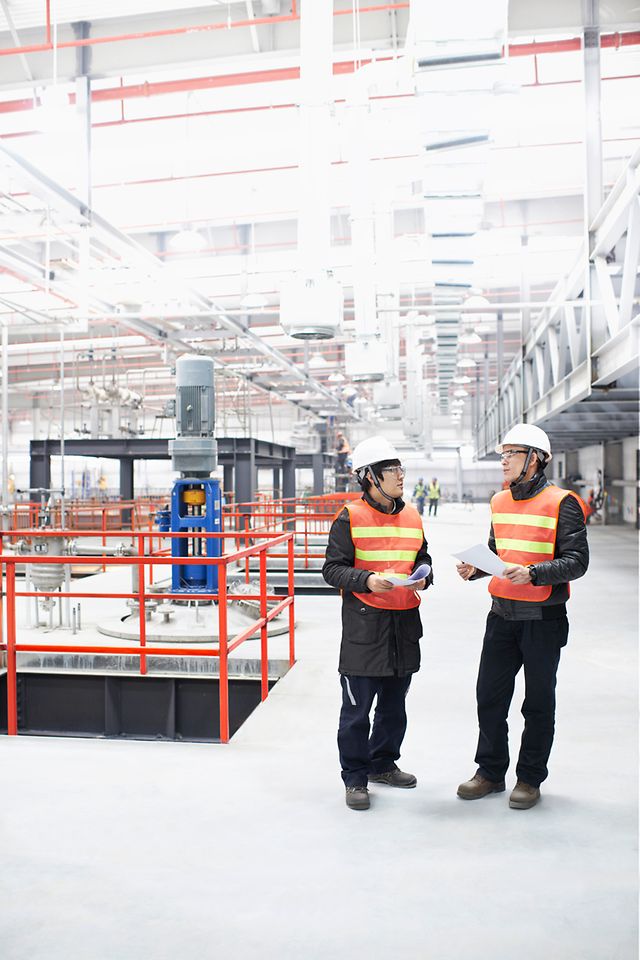 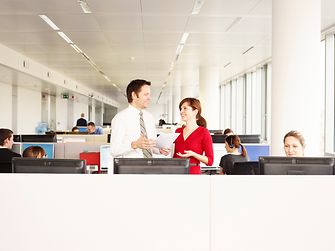 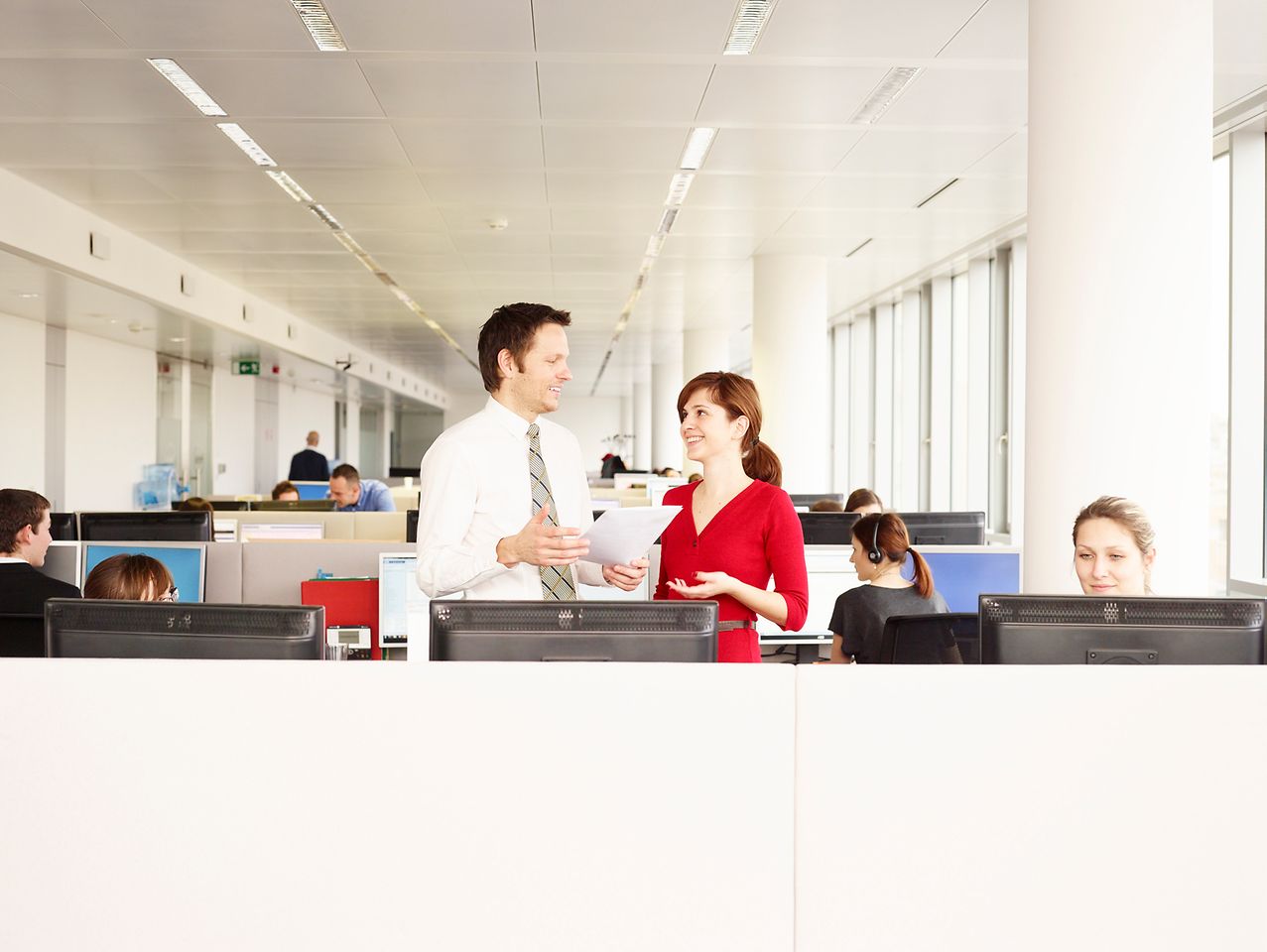 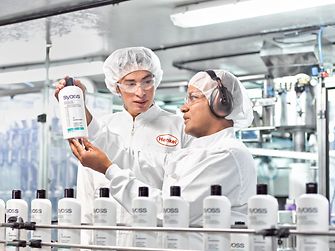 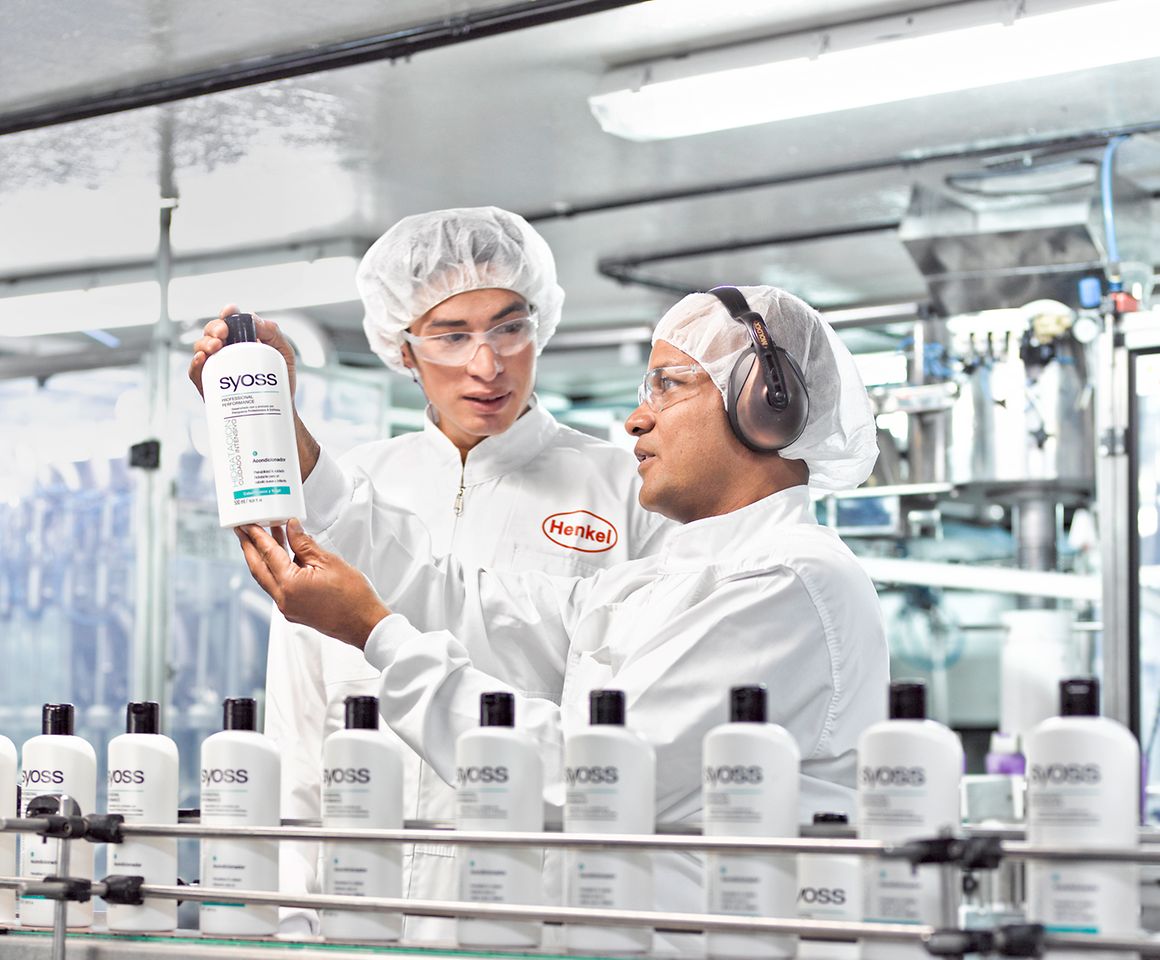