Fifteen years MIT: 15 years of Henkel support for the social engagement of its employees past and present. For it is through the MIT Initiative ‏(“Make an Impact on Tomorrow”) – founded in 1998 – that Henkel channels donations and sponsorship in various forms to its employees and retirees around the world as a means of bolstering their volunteering activities. In these 15 years, more than 10,500 projects have been supported in over 50 countries around the world. And on the occasion of this 15th anniversary of the MIT Initiative, the Management Board of the company has not only allocated an annual donation budget of around 1.8 million euros but also a special fund for additional anniversary projects.

At the beginning of 2013, a campaign was launched across the company appealing for employees to nominate their choices for the “MIT Special Project 2013” award. Three projects were ultimately chosen, each of which has now received a special grant. “The commitment of our employees has overwhelmed us,” says Kirsten Sánchez Marín, Global Head of Social Progress. Together with her team from the various Henkel regions, she was faced with the challenge in May 2013 of short-listing likely candidates from a total of 60 submitted project proposals. The specially convened jury – comprising representatives of the Henkel family, members of the Management Board and other international Henkel managers – then put their heads together to choose the three winning projects listed below:

First place: “On the Way to Work,” Poland

The 50,000 euros special grant goes to a project entitled “On the Way to Work,” which is a job training program for long-term unemployed women in Poland. The project proposal was submitted by Dorota Strosznajder, a Henkel employee from Poland. Collaborating with two experts from the Warsaw-based “Fundacja Miejsce Kobiet” ‏(“Place for Women Foundation”), she put together a training program for women wishing to return to the labor market. The three protagonists are naturally delighted that the financing of the training project has been secured by this special MIT award and they are looking forward to starting on the participant selection process this coming fall.

Together with colleagues and retirees, and in collaboration with the organization “Kuncheon Ku,” Henkel employee Cheoljong Kim from Korea intends to set up a mentoring project for socially deprived children and young people in his home country. For this he receives a grant of 25,000 euros to see his proposal through.

A further 12,500 euros has been donated as a special award for the project “Ambulance Boat” proposed by Greys Elizabeth Suárez, a Henkel employee from Bogotá, Colombia. Greys Elizabeth Suárez is committed to the health care of some 30,000 small-scale and subsistence farmers in the sprawling river landscape of the Rio Cimitarra in western Colombia. The money has been earmarked for the purchase of an ambulance boat.

Henkel intends to continue supporting the volunteering activities of its employees and retirees by channelling donations in kind, product donations and grants to them through the MIT Initiative. The company also allows its employees to take paid leave for such undertakings, as well as providing specialist advice where needed. The diversity of the Henkel Group with its approximately 47,000 employees is reflected by the many and varied volunteering projects that the company supports through the MIT around the world: help in the restoration of children’s playgrounds, refurbishment of a mountain village in Guatemala, reforestation projects, support for a voluntary youth firefighting service, construction of a kindergarten in South Africa, educational grants for socially underprivileged young people in Cambodia, volunteer soccer training – the list is almost limitless. 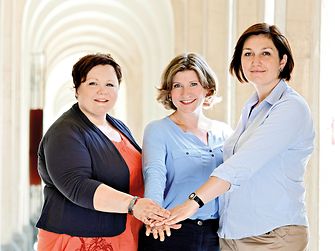 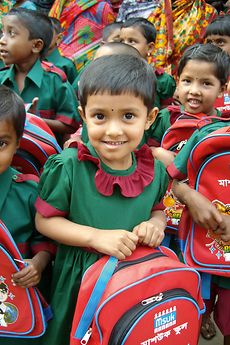 Over the last 15 years, the MIT Initiative has served to promote more than 10,500 projects in over 50 countries around the world. In Bangladesh, for example, support from Henkel enabled school materials to be purchased for more than 300 children.

Over the last 15 years, the MIT Initiative has served to promote more than 10,500 projects in over 50 countries around the world. In Bangladesh, for example, support from Henkel enabled school materials to be purchased for more than 300 children.