The international final of the “Henkel Innovation Challenge” in Shanghai saw 18 student teams from all over the world competing against one another. The students had three days in which to showcase their visionary ideas and themselves to a panel of Henkel managers. The jury ultimately selected the team from Germany as having submitted the best product vision for the year 2050. Susann Tiffany Leuchtmann, who is currently studying at the Copenhagen Business School, and Niels Henning Adler from the University of Mannheim are this year’s winners of the “Henkel Innovation Challenge”. In the final, the duo’s idea, “Syoss BREATHE” – a photosynthesis hair care product line – saw off the concepts entered by their international rivals to secure first place.

“We are absolutely thrilled to win – thank you very much! But what’s more valuable to us than first prize is the international network of Henkel managers and fellow students that we have built up here in Shanghai over the last three days,” commented Niels Henning Adler. Susann Tiffany Leuchtmann added: “We are already looking forward to a round-the-world trip using the travel voucher we have won and to meeting Henkel CEO Kasper Rorsted in Düsseldorf.” Indeed, along with the teams placed second and third, the winners will have the opportunity to meet the Henkel boss in person.

The winning team’s product idea, “Syoss BREATHE”, allows the hair to carry out photosynthesis. Every ray of sunlight means that the hair produces oxygen. Extra fresh air improves the quality of life, particularly in urban living environments. Second and third place were awarded to the teams from Russia and Belgium respectively. Second prize went to Anna Markova and Dimitry Alexandrovich from the School of Management in St. Petersburg and their idea of a fabric conditioner especially for bed linen. Their vision: the use of nanoparticles in the conditioner enables the user to control their own dreams and at the same reduce their stress levels. The Belgium team of Hans Verbeeck and Ben de Weerdt from the Catholic University of Leuven was placed third. They had developed a double-sided adhesive tape that can be used to build houses in future. It removes the need for cement during the construction process, thereby significantly decreasing the building period. By reducing the use of resources, the concept also makes a critical contribution to sustainability.

Once again this year, the competition attracted students from various disciplines from all over the world: ideas were submitted by teams of two from no less than 27 countries, including Russia, China, the USA, France and India. The students’ task was to develop a Henkel product or a Henkel technology for the year 2050, taking into account the company’s sustainability strategy.

For Henkel, this event offers the opportunity to get to know outstanding international students in person and to profile Henkel as a potential employer. Henkel has a workforce of around 47,000 people from more than 120 nations in over 75 countries worldwide. Every year more than 1,500 students across the world carry out an internship at Henkel and in so doing gain initial experience of working at the company. 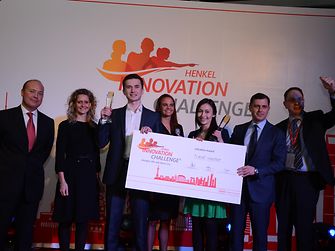 The second prize went to Anna Markova and Dimitry Alexandrovich from Russia.

The second prize went to Anna Markova and Dimitry Alexandrovich from Russia. Third place was taken by Hans Verbeeck and Ben de Weerdt from Belgium.

Third place was taken by Hans Verbeeck and Ben de Weerdt from Belgium. 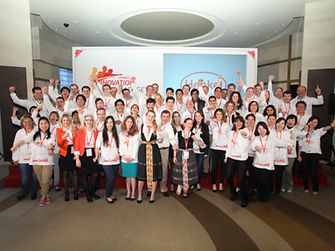 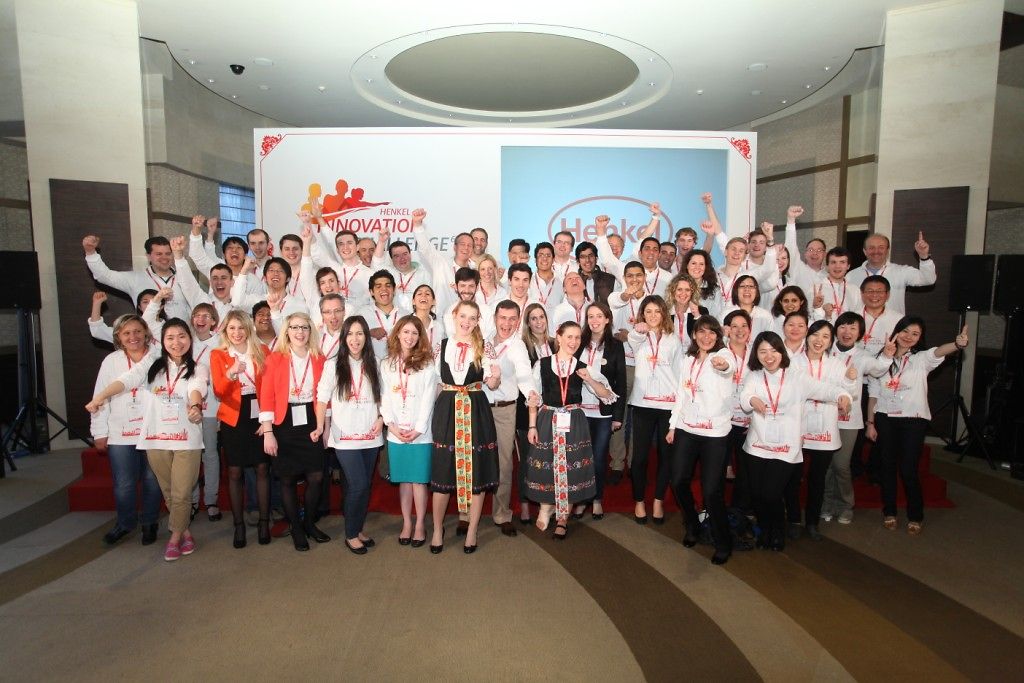 18 Teams from all around the world were competing against each other at the international final of the sixth "Henkel Innovation Challenge".

18 Teams from all around the world were competing against each other at the international final of the sixth "Henkel Innovation Challenge".