The PSA technologies acquired from Cytec are used in the packaging, automotive, electronics and durable goods industries to give foils and films, tapes and labels special adhesive characteristics. The core categories in Henkel’s PSA technologies are solvent-based and water-based adhesives, hotmelt adhesives, and UV-curing systems.

Particularly in the water-based category, Henkel has been able to expand its existing portfolio in Europe and now offers these products for all market segments. Former Cytec customers, in turn, now also have access to Henkel’s established range of hotmelts.

One innovation that Henkel will be showcasing at the ICE, the industry event for converting specialists, is the new water-based acrylic adhesive Aquence PS 6025. This PSA is especially suited for sticking transparent films to transparent substrates, such as clear glass or plastic. Thanks to its high water whitening resistance, Aquence PS 6025 itself remains ultra-clear, even when exposed to moisture, such as the condensation water that can form on a beverage bottle. Competitor products can have a tendency to become yellowish or milky in the presence of moisture.

The adhesive bonds excellently to polar substrates while still adhering well to nonpolar surfaces. It also shows good low-temperature performance and good shear resistance. Films coated with Aquence PS 6025 are easy to cut, making it possible to speed up the production of products such as self-adhesive labels.

This water-based adhesive is APEO-free and, as a low-migration product, it helps customers to achieve more sustainability in their production processes.

At the ICE, Henkel is presenting its PSA adhesive Duro-Tak 3214, which is initially removable and permits repositioning before achieving its final, permanent bond strength. Its ease of use facilitates the large-area application of adhesive tapes and graphics films without loss of material, and even to surfaces that are very difficult to bond. Duro-Tak 3214 can be applied with conventional application equipment and enables the production of high-grade laminates with even better performance.

The adhesives based on solvent acrylics are known for their versatility, strength and resistance to all forms of weathering and to chemical aggression. They can be used among other things for sticking advertising graphics films to buses and decorative films to cars. 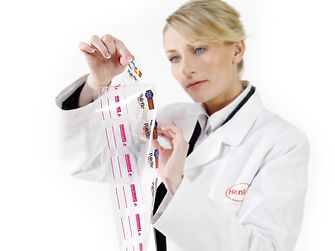 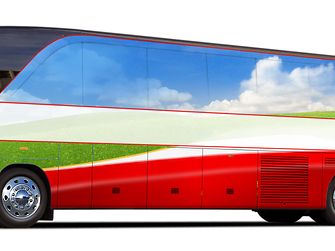 With its ease of use, Duro-Tak 3214 facilitates the large-area application of adhesive tapes and graphics films without loss of material, and even to surfaces that are very difficult to bond.

With its ease of use, Duro-Tak 3214 facilitates the large-area application of adhesive tapes and graphics films without loss of material, and even to surfaces that are very difficult to bond.